The Book of Mamaw 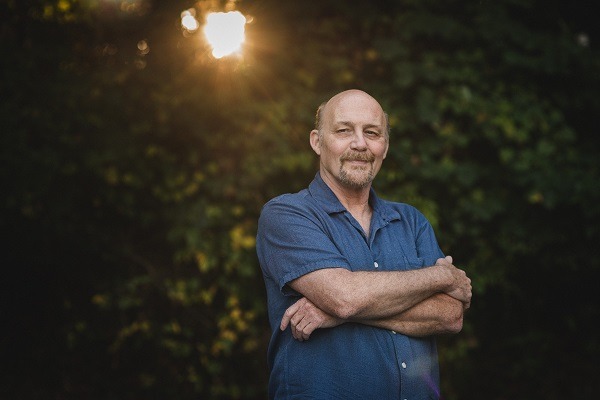 THE BOOK OF MAMAW
Starring Eugene Wolf
Presented by the Madison County Arts Council,
Sunday, July 25, 2021
4:00 PM at Ebbs Chapel Performing Arts Center
Tickets $20 + tax $25 Day of Show
(828)649-1301
www.madisoncountyarts.com
Written and performed by Eugene Wolf
Directed by Susanne Boulle
Video Book by Brian Tibbs
Eugene Wolf performed in his first talent contest at the age of two.
His Mamaw had noticed how excited he got when a marching band of pigs
came on the TV and sang about Valleydale bacon, sausage and wieners.
“Mamaw said I was hypnotized by the music,” said Wolf. So she taught him
to sing the song, “My Shoes Keep Walking Back To You,” a popular Ray
Price song of the day and entered him in a talent contest at the Capitol
Theatre in Greeneville, Tennessee. He won that talent contest. He was on
his way! He and his Mamaw had started cooking the Ham. And so begins
“The Book of Mamaw,” a one-man musical comedy that tells the story of
Wolf and his Mamaw, a Church of Christ grandmother who raised him and
noticed his love of music and performing from an early age. Through story,
song and sketches, the play is an autobiographical musical journey through
self-discovery and revelation.
“In the early 60s, I loved Loretta Lynn and Connie Francis. Then the
Beatles came along and quickly changed the landscape. But I stuck with my
women. Petula Clark, Barbra Streisand and Joni Mitchell.” “Mamaw was a
devout Christian woman. And these songs reflect the values that she gave to
me.” But the show is not merely a series of warm memories. “Mamaw was
funny in spite of herself. She’d take me along when she sold Avon and make
me get up and sing Loretta Lynn songs. I was an eight-year-old by singing
about my lying, cheating, drinking husband. But I didn’t care. Mamaw had
sanctioned it, so it was alright.”

Carter Family songs and hymns balance the pop side of the music.
“Mamaw loved the Carter Family and her humming and singing of their
songs provided the soundtrack to my childhood. I want to feed the spirit.
The Church of Christ was a huge part of my upbringing and the most
important thing in Mamaw’s life. I honor that. I want the audience to take
something home that can live with them and linger and remind them of
their own spirit and what helped shape it.”
The show began as a benefit for Barter Theatre in 2008. “I had double
bypass heart surgery and Barter kept me on salary until I could heal and
return to work. So later that year, I decided to return the favor. And I
performed a benefit of a loosely outlined set of stories and songs and made
a recording of it called, Clear.”
People responded favorably and he kept adding stories to the show.
He performed this version in community centers, theaters and even
peoples’ living rooms. In fall of 2017, he decided to put it all in script form
fill it out as a performance piece. He began to play the characters he had
only told stories about. He asked Susanne Boulle to direct and
commissioned Brian Tibbs, the executive director of the historic Lincoln
Theatre in Marion Virginia to create a video book. It premiered at that
theatre in October of 2017 and played a three-week run at Barter Theatre in
Abingdon, Virginia in June of 2018.
In January 2018 he was honored to return to his hometown to play
the show as a benefit for the Greeneville Theatre Guild at the Capitol
Theatre, where he made his stage debut at the age of two. “The Book Of
Mamaw” recently played the United Solo Festival in New York, the world’s
largest solo theatre festival and brought home the United Solo and
Backstage Magazine Audience Award. It was chosen from over 120 one-
person theatre pieces.